“Visioning in the Post Quarantine Church: Gather Differently and Better…”

12 Now the Lord said to Abram, “Go from your country and your kindred and your father’s house to the land that I will show you. 2 I will make of you a great nation, and I will bless you, and make your name great so that you will be a blessing. 3 I will bless those who bless you, and the one who curses you I will curse, and in you, all the families of the earth shall be blessed.”4 So Abram went, as the Lord had told him; and Lot went with him. Abram was seventy-five years old when he departed from Haran. 5 Abram took his wife Sarai and his brother’s son Lot, and all the possessions that they had gathered, and the persons whom they had acquired in Haran; and they set forth to go to the land of Canaan. When they had come to the land of Canaan, 6 Abram passed through the land to the place at Shechem, to the oak of Moreh. At that time the Canaanites were in the land. 7 Then the Lord appeared to Abram, and said, “To your offspring[c] I will give this land.” So he built there an altar to the Lord, who had appeared to him. 8 From there he moved on to the hill country on the east of Bethel, and pitched his tent, with Bethel on the west and Ai on the east; and there he built an altar to the Lord and invoked the name of the Lord. 9 And Abram journeyed on by stages toward the Negeb. 10 Now there was a famine in the land. So Abram went down to Egypt to reside there as an alien, for the famine was severe in the land. 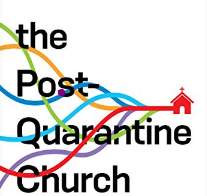